CAP is led by seasoned members of board of directors and a team of experienced senior management with deep sector expertise, and a passion for the transformative power of agriculture. 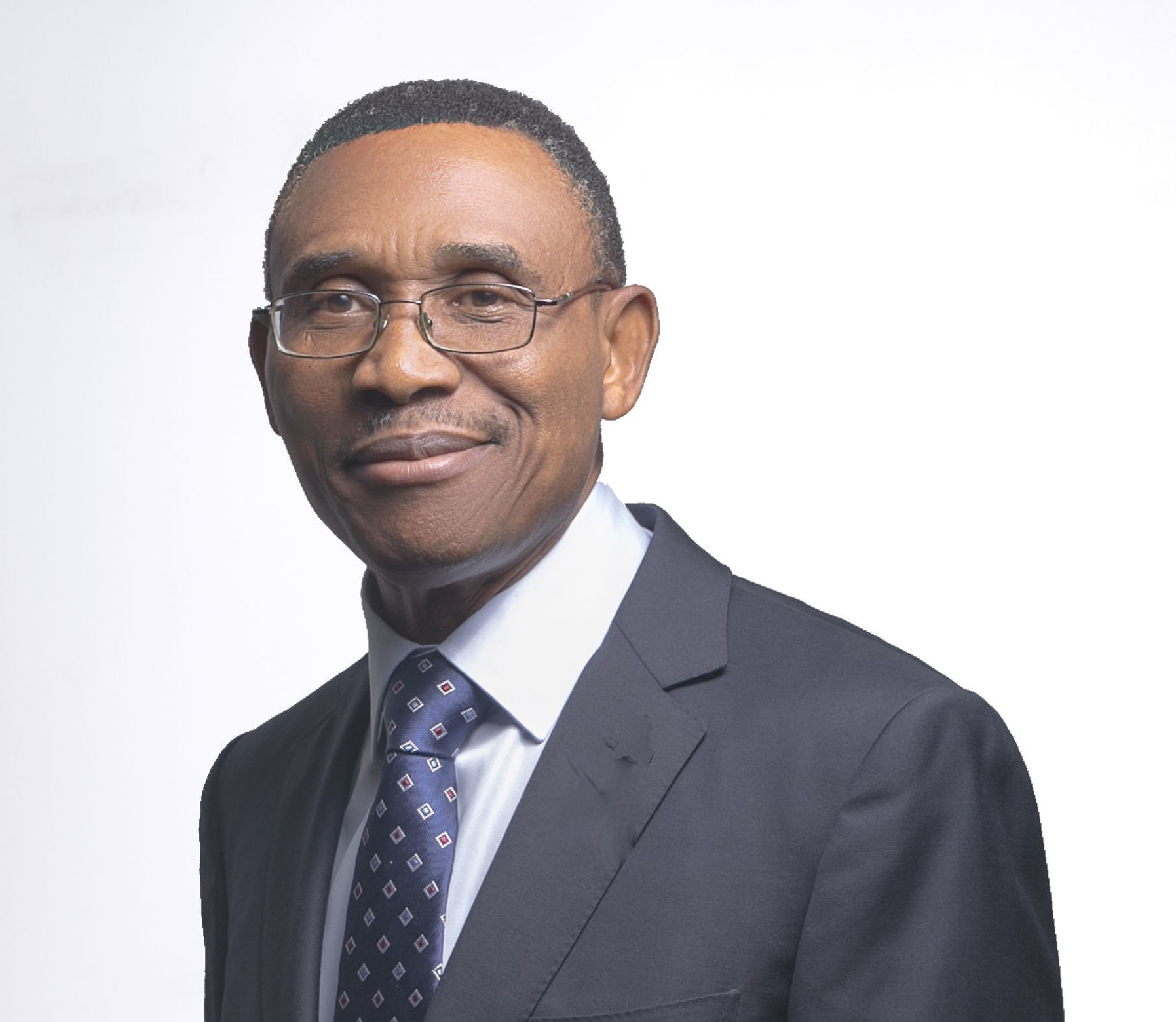 Chairman Board of Directors

Segun has 30+ years’ experience in the finance and FMCG sectors. He serves as the Chairman on the Board of Directors at Cornerstone Insurance Plc. and Bevpak Nigeria Limited. He is the Executive Vice Chairman of Alvac Company Limited. He also serves as a Non-Executive Director of Nigerian Breweries Plc and Bankers Warehouse Ltd. He previously served as Principal and Head of FMCG/Agric at African Capital Alliance and became an Executive Partner. He has also served as Financial Director of Nigerian Breweries PLC and later Managing Director, Heineken Ghana Breweries and Namibia Breweries. He is a Fellow of both the Chartered Association of Certified Accountants and the Institute of Chartered Accountants of Nigeria. 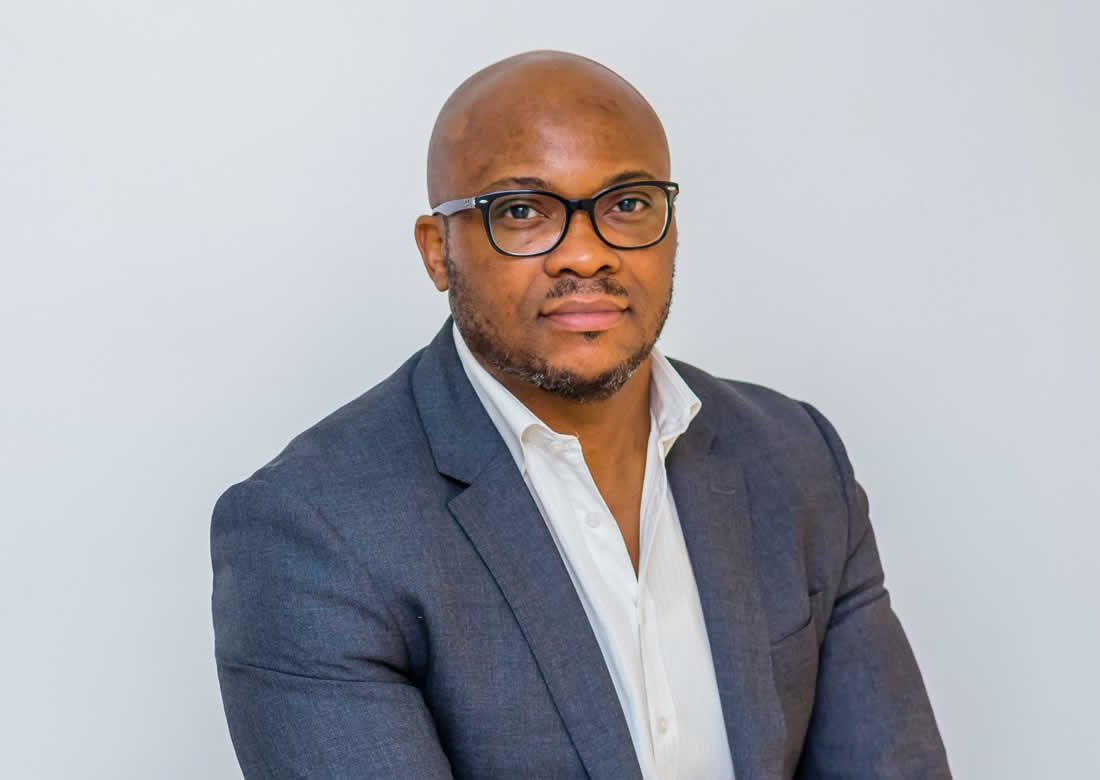 Mr. Yomi Jemibewon is a Non-Executive Director of CardinalStone. He is a Co-Founder and Managing Director of CardinalStone Capital Advisers, a Private Equity Fund Manager based in Lagos, and focused on growth equity investments across West Africa. Prior to CCA, Mr. Jemibewon was a Founding Partner and Managing Director at CardinalStone Partners, where he served as the Head of Principal Investments. In this role, he led the development and execution of several principal investments on behalf of the firm. Prior to CardinalStone, Mr. Jemibewon held roles at Avante Capital in Lagos, Bain & Company in New York and Motorola Incorporated in Florida. He holds B.Sc. and M.Sc. degrees in Electrical Engineering from Virginia Tech, and an MBA from The Wharton School of the University of Pennsylvania. 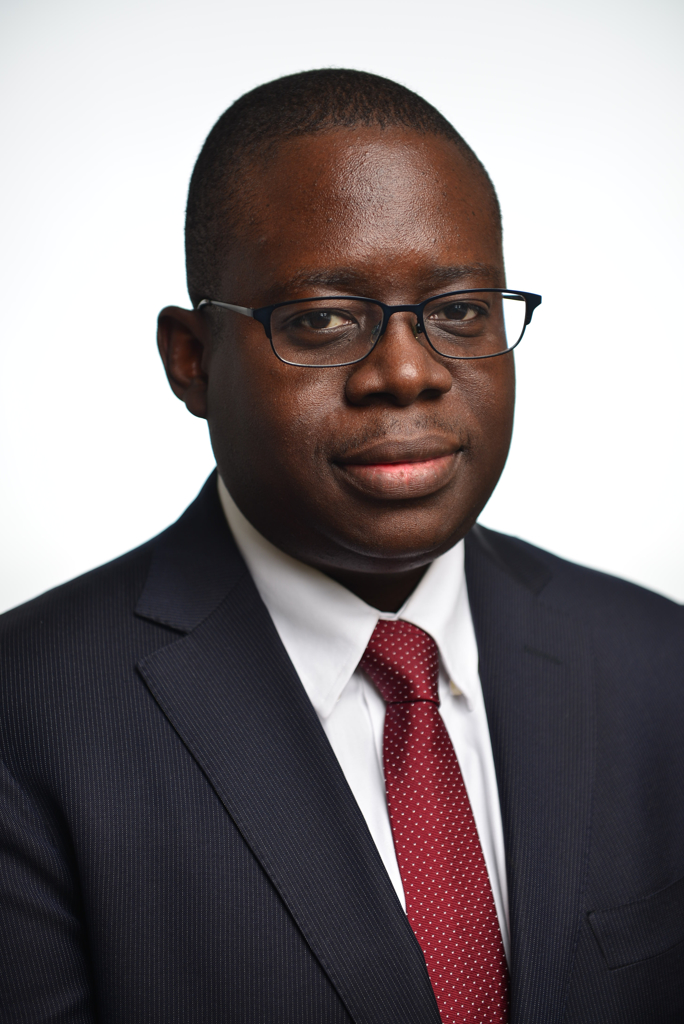 Labi Williams is a Partner & Managing Director with Kuramo Capital Management where he manages the Lagos office and sits on the Investment Committee. Labi has built a formidable track record investing equity and debt across most sectors and served on the boards of multiple companies.
He previously was the Head of Client Coverage & Origination for Rand Merchant Bank Nigeria Limited from where West Africa was covered. Prior to this he led the Leveraged Finance and Debt Financing Group (Loan Solutions/Debt Capital Markets) businesses. He served on both the Executive and Credit Committee for the Bank. He helped set up Quantum Capital, a family office and principal investment firm.
Labi was a Principal with Actis, a leading emerging markets private equity firm doing deals primarily in West Africa. He served on special secondment working directly for the Chief Investment Officer at Actis across all funds, real estate, infrastructure and corporate private equity.
Labi has also worked in leveraged finance, corporate finance and structured finance at Wells Fargo (formerly Wachovia), Credit Suisse First Boston and J.P. Morgan respectively in the U.S. He started his career at Goldman Sachs, London in Management Controls and with the Strategy Competency at Accenture in Lagos.
Labi holds a Bachelor of Science having double majored in Electrical & Computer Engineering and Public Policy from Carnegie Mellon University and is a Harvard MBA. He also spent a year at the Ecole Polytechnique Federal de Lausanne in Switzerland. Labi is married with two children and also has a Yorkshire terrier named Sophie. 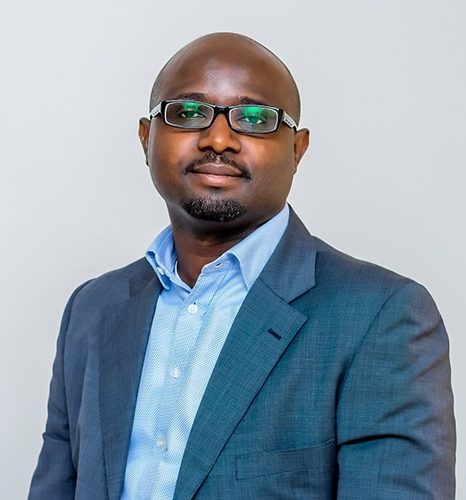 Mr. Femi Ogunjimi is a Non-Executive Director of CardinalStone. He is a Co-Founder and Managing Director of CardinalStone Capital Advisers, a Private Equity Fund Manager based in Lagos, and focused on growth equity investments across West Africa. Prior to CCA, Mr. Ogunjimi was a Founding Partner and Managing Director at CardinalStone Partners, where he served as the CEO of the firm, led the firm’s Investment Banking Division and drove two of the firm’s principal investments. Prior to CardinalStone, he held roles at Goldman Sachs in New York and PricewaterhouseCoopers in Lagos. Mr. Ogunjimi holds a B.Sc. in Accounting from the University of Lagos, and an MBA from The Wharton School of the University of Pennsylvania. 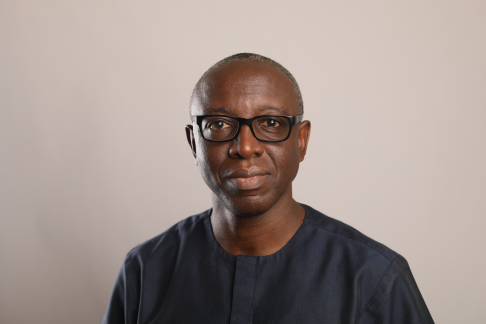 ‘Remi is Operating Partner at Sahel Capital and serves on the Board of Directors of portfolio companies. He has +25 years career in FMCG, across various roles in Manufacturing and Supply Chain Operations. Sequel to a short stint in the energy and power sector, Remi joined Nestlé Nigeria, leading projects in Process Control & Automation, Sorghum Malt Extraction, Family & Breakfast Cereals, Food seasoning (Bullion) and Production of Cocoa based Beverages. He was Factory Manager and executed project in Home and Personal Care at Reckitt Nigeria and Unilever Nigeria. ‘Remi held the leadership position at the largest Coca-Cola Bottling facility in Africa, managing 11 high-speed bottling operations, 4 strategic distribution depots and 3 Commercial territories in Lagos, Nigeria. He gained international experience working in Orbit Chemical Industries Nairobi Kenya as Operations and Supply chain head, in charge of toll-manufacturing, serving FMCG multinational customers: PZ Cussons, Henkel, Colgate Palmolive, L’Oréal and Ecolab International, and in Middle East and North Africa Beverages manufacturing company (MenaBev), Jeddah, Saudi Arabia (Franchise bottler for PepsiCo), where he led the commissioning, start-up and site migration of a green field Mega Plant project. ‘Remi is a Registered Engineer (COREN) and has an MBA in Production & Operations Management. 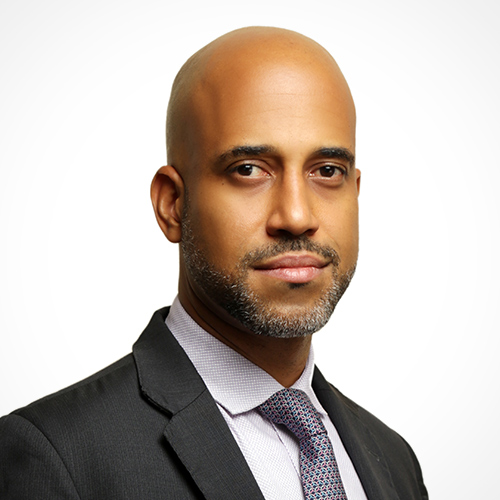 Mezuo has a 20-year career in a broad spectrum of finance related roles in private equity, investment banking, and corporate finance. Over the past seven years, Mezuo has worked extensively within the agribusiness sector in West Africa and across a broad range of crop value chains. Mezuo started his career with the corporate finance team of the Sabre Group in Dallas in 1995, and then worked in J.P. Morgan & Co’s mergers and acquisitions group in New York. He was previously a Partner at AFIG, a private equity firm covering 28 countries in West and Central Africa; and has also worked in leadership positions at SecTrust (now Afrinvest), Ocean & Oil Holdings, and MTS First Wireless. He resigned from AFIG to co-found Sahel Capital in 2010. He is also a Co-Founder/Chairman of AACE Foods, an ago-processing company based in Ogun State, Nigeria; is on the Editorial Advisory Board of BusinessDay Newspapers, and on the board of L&Z Integrated Farms. Mezuo holds a Master in Business Administration (MBA) from Harvard Business School, and received a B.Sc. in Industrial Management, with a minor in Information Systems, from Carnegie Mellon University. He is a 2007 Archbishop Desmond Tutu Fellow and a 2015 Eisenhower Fellow. 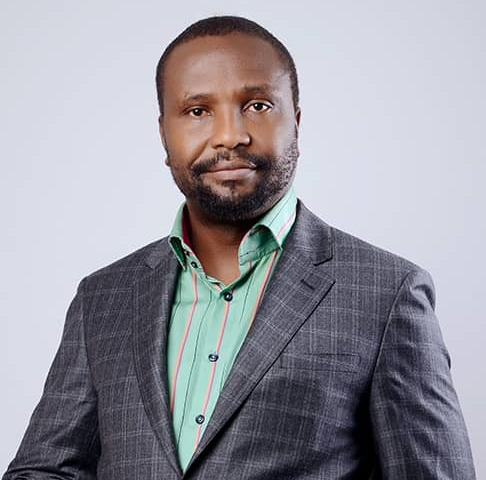 Tunde has over 20 years’ experience working with major multinational FMCG businesses in Nigeria as General manager of the 7up Bottling Company, Aba Region, Project and Plant manager at the Coca-Cola Hellenic Bottling Company. He has also played several technical and managerial roles at Unilever Nigeria Plc and had his Graduate Trainee program with West African Portland Cement (Now Lafarge Africa Plc) and rose up to be a supervisor after 2 years training at the firm. Tunde is a PhD in Management student at the Walden University, Maryland, and had an M.Sc. in Logistics, Procurement and Supply Chain Management from University of Salford, Manchester after an M.Sc. in Mechanical Engineering from The University of Lagos. He is a member of the Chartered Institute of Personnel Managers, and a COREN registered engineer.

Kayode holds Masters degree in Chemical Engineering and has 18 years experience working with Coca-Cola Hellenic company growing his career from a Shift Quality Assurance Manager to the level of a Plant Manager in Asejire plant, and Jos plant.

Our factory operations are designed for efficiency and reliability. We offer top quality cassava starch that consistently meet stringent food safety requirements and other market demands ensuring that we become the brand of repute in our industry... Read more 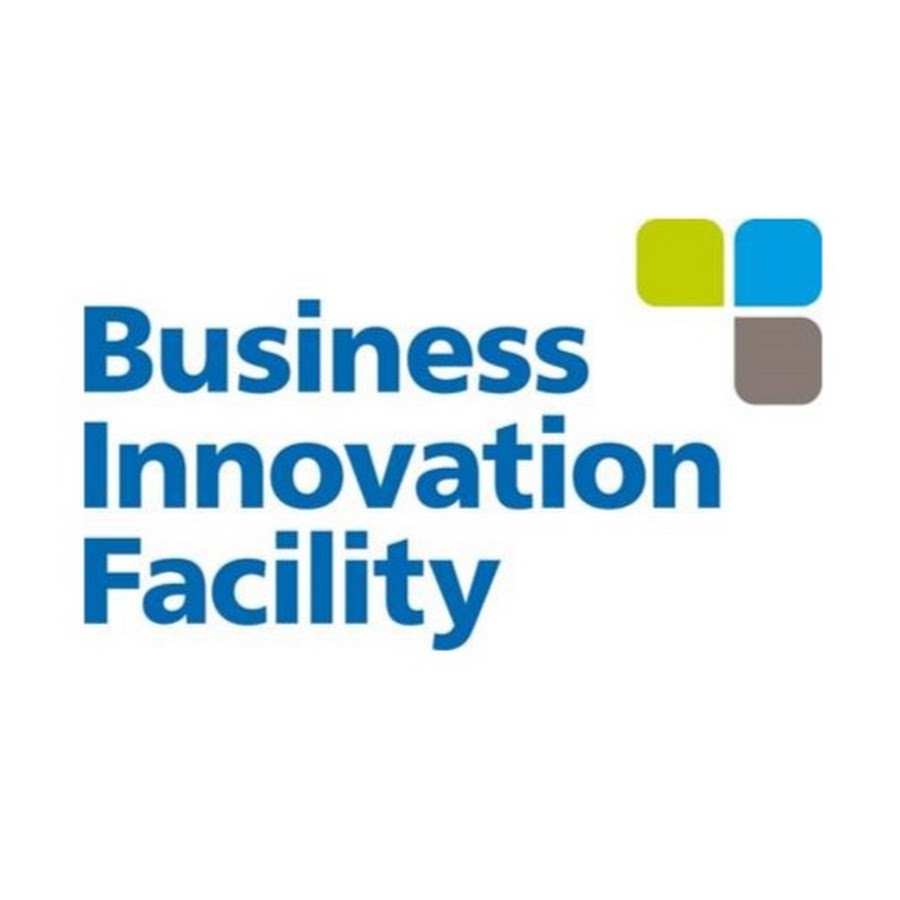 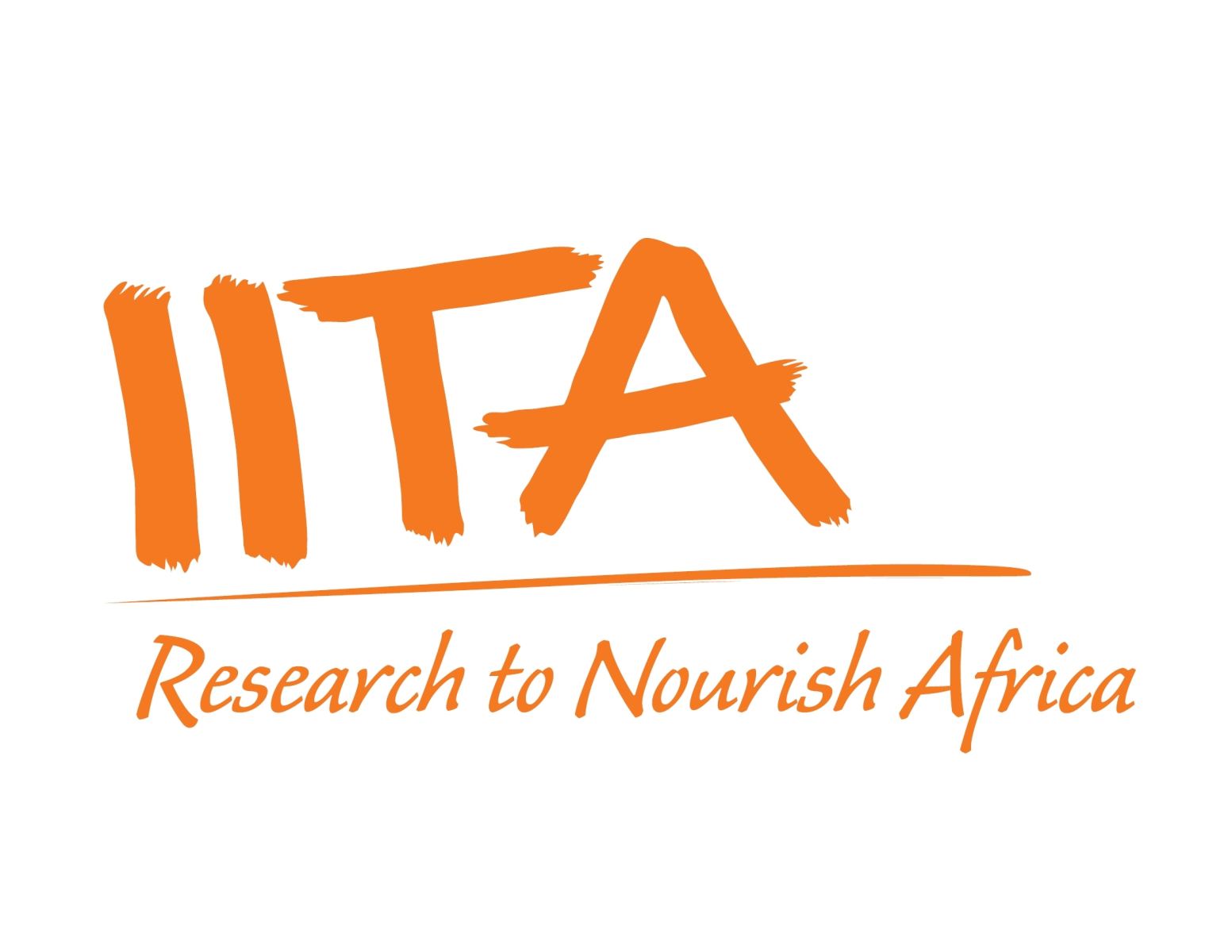 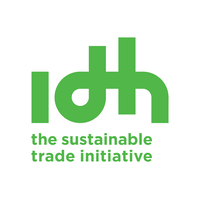 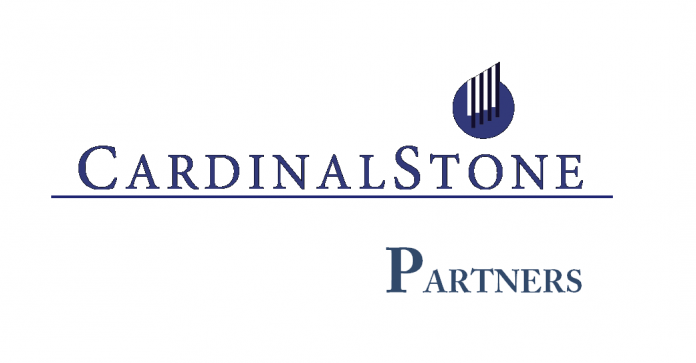